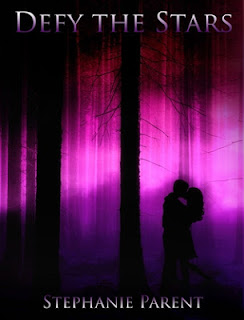 | Goodreads
Source: E-copy provided by author (Thank you so much!)
Rating: 5/ 5 stars

Julia Cape: A dedicated classical piano student just trying to get through her last semester of high school while waiting to hear from music conservatories.

Reed MacAllister: A slacker more likely to be found by the stoners’ tree than in class.

Julia and Reed might have graduated high school without ever speaking to each other…until, during a class discussion of Romeo and Juliet, Julia scoffs at the play’s theme of love at first sight, and Reed responds by arguing that feelings don’t always have to make sense. Julia tries to shake off Reed’s comment and forget about this boy who hangs with the stoner crowd—and who happens to have breathtaking blue eyes—but fate seems to bring the two together again and again. After they share an impulsive, passionate kiss, neither one can deny the chemistry between them. Yet as Julia gets closer to Reed, she also finds herself drawn into his dark world of drugs and violence. Then a horrific tragedy forces Julia’s and Reed’s families even farther apart…and Julia must decide whether she’s willing to give up everything for love.

Defy the Stars is written in an edgy free-verse style that will appeal to fans of Ellen Hopkins and Lisa Schroeder; however, the writing is accessible enough to speak to non-verse fans as well. The novel’s combination of steamy romance and raw emotion will appeal to fans of Gayle Forman, Simone Elkeles, Jennifer Echols, and Tammara Webber. With a story, language and form that both pay homage to and subvert Shakespeare’s play, Defy the Stars is much more than just another Romeo and Juliet story.

Modern-day versions of Romeo and Juliet.

This should be easy, you might think. Their fates are locked the minute their eyes meet and they are made to read the parts of Romeo and Juliet in English class.

I felt uneasy as I started reading Defy The Stars, the opening verses setting the tempo to a relationship that was doomed from the start. Julia, after all, is well-off while Reed is from the wrong drug-infested side of town. And we all know how Romeo and Juliet ends.

What was the point, then of falling in love with these characters?

And yet, when Julia dismissed the conception of love at first sight and Reed quietly justifies it, I realised that Defy The Stars was a modern adaptation in the truest sense. It was multi-layered and more intense than I'd ever expected it to be.

"I see what Julia's saying," he starts, "but the way Shakespeare writes... Just 'cause a feeling doesn't make sense, doesn't mean it's not right, you know?"

Julia is devoted to playing the piano. She hopes to get into a prestigious music conservatory. Reed is a stoner and branded a slacker whose life will amount to nothing.

When their paths cross... they instantaneously forget that a life when they got by without really knowing each other even existed.

Their lives are hopelessly intertwined, especially when tragedy strikes and Julia's parents and Reed's brother will not rest until they cut ties with the other.

It's devastating. It crushes them more than they ever thought it would.

The dirty drug world, the hauntingly beautiful piano pieces played by Julia and the intensity of Reed's gaze... their histories, their relationship outside each other and the melodies which soar and then are tainted by melancholy. Reed's guitar riffs, the hopelessness and the urgency to overcome it...

The free-verse brought each and every aspect of this book alive until I could feel myself in Julia's skin, struggling to hit the right note and make sense of her relationship with Reed. Her fingers ran across the keys, transcending technique until each note was entrenched with feeling. I felt her desperation to make their relationship work against all odds as her heart overpowered her mind.

And the ending truly blew me away... In my opinion, it couldn't have been more true to how things would've panned out for Romeo and Juliet in the current decade. It was utterly devastating yet poignant. And unlike the classic, I could come to terms with it.

Defy the Stars is an indie gem. I urge you to give it a try, especially if you're fond of modern-day adaptations. I was moved by this beautifully written tale and blown away by how well developed and multi-layered the characters were. I felt one with the pace of the story and when it ended, I couldn't stop myself from rating it on Goodreads right away; the remnants of Julia's last actions still lingering in my mind.

And that's not all! The author, Stephanie Parent, has been generous enough to donate an e-copy of DEFY THE STARS for giveaway (Thank you so much!). I guarantee you'll love this book... so do enter for the chance to win an e-copy :)

a Rafflecopter giveaway
Posted by Pooja. S at 07:21 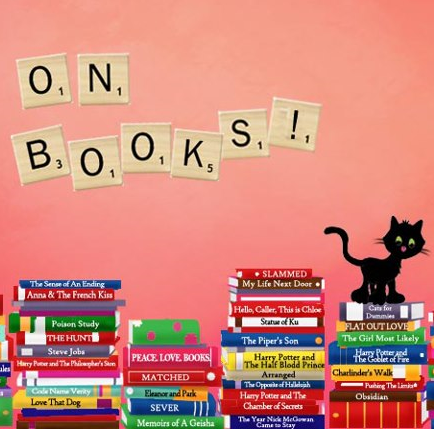 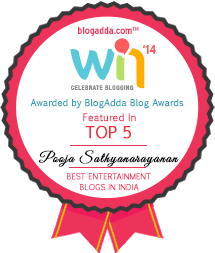